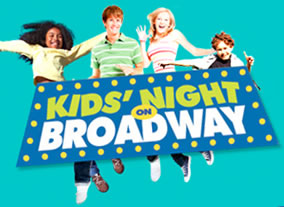 Nick Jonas, of the pop group Jonas Brothers and The Broadway League are encouraging young people to experience Broadway shows. The 17th Annual Kids’ Night on Broadway 2012 takes place on February 5-9 in New York City and for four days, any person age 6 – 18 can see a participating show for free when accompanied by a full-paying adult.

The family fun event features restaurant and parking deals, a pre-theatre party for kids at Madame Tussauds, and much more.

Nick Jonas is the national ambassador for Kids’ Night on Broadway 2012. He will be replacing Daniel Radcliffe in How to Succeed in Business Without Really Trying beginning January 24.

Things to consider when purchasing tickets

You can purchase tickets at the Kids’ Night on Broadway site.