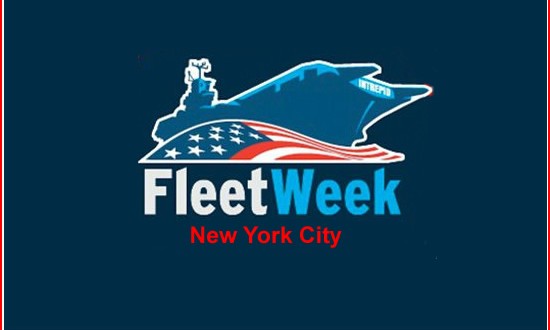 Almost every year since 1984, New York City has honored the U.S. Navy and Marine Corps by putting on a celebration of sea services for Fleet Week. This year will mark the 30th Fleet Week in NYC and from May 23-29, there will be interactive displays and military demonstrations along with public visitation of participating ships in the festivities.

Fleet Week will be an opportunity for the public to meet marines, sailors, and coast guardsmen. The service men and women will also be demonstrating some of the capabilities of today’s Navy, Marine Corps, and Coast Guard.

A highlight of the week long celebration is the Memorial Day commemoration which features the singing of Taps and a military aircraft fly over in honor of those who lost their lives in service to the United States.

All events are free with the exception of the ones held at the USS Intrepid Sea, Air and Space Museum. Find out more information on tickets to enter the museum here. For more information, visit the official Fleet Week New York City Web site.