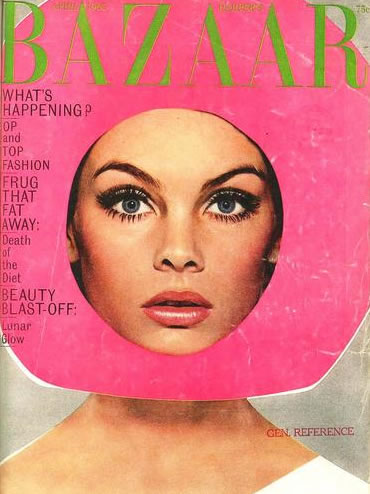 Sophisticated, elegant and provocative, Harper’s Bazaar is the fashion resource for women who are the first to buy the best, from casual to couture. The success of Harper’s Bazaar over the last 10 years is due to the Editor in Chief, Glenda Bailey. Bailey along with Creative Director Stephan Gan, have carried on the magazine’s tradition of publishing innovative, high-impact photography of top models and A-list stars.

From classic to cinematic, there are vivid portraits of designers Marc Jacobs, Karl Lagerfeld, and Diane Von Furstenberg, and celebrities like Daphne Guinness, Lady Gaga, and Julianne Moore.

Previous: Peter Pan with Cathy Rigby At Madison Square Garden
Next: Incomparable Women of Style at Fashion Institute of Technology