Get ready for a circus that brings performers from all over the world. The Big Apple Circus returns to New York City.. This year, the show will be held at Lincoln Center Plaza in Damrosch Park which is to the left of the Metropolitan Opera House.

It’s an exciting show for children as well as adults in a place where the World’s Greatest Circus artists come together in a colorful, energy filled performance under the Big Top. No seat is more than 50 feet from the ring! Here’s your Opportunity to be Up-Close at the “Best Up-Close Circus in America! “You can expect to see acrobats, aerial trapeze flyers, a singing Ringmistress, and the Big Apple Circus Band. 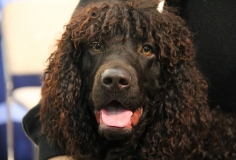