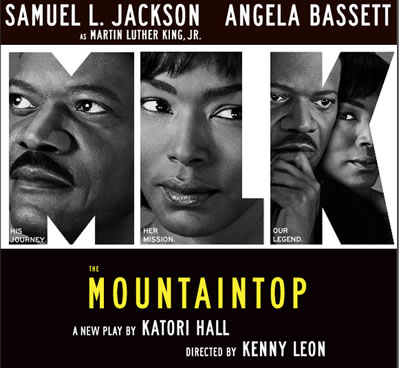 If you are a fan of the theater and Hollywood actors who are truly great at what they do, you wont want to miss Samuel Jackson and Angela Bassett on Broadway. They will be performing in a Olivier Award-winning new play The Mountaintop for 16 weeks only. The play opens on October 13th and tickets are currently on sale.

The Mountaintop is a gripping reimagining of events the night before the assassination of civil rights leader Dr. Martin Luther King, Jr. After delivering his legendary ‘I’ve Been to the Mountaintop’ speech, an exhausted Dr. King (Samuel L. Jackson) retires to his room at the Lorraine Motel in Memphis while a storm rages outside. When a mysterious stranger (Angela Bassett) arrives with some surprising news, King is forced to confront his destiny and his legacy to his people.

TKTS Discounts tickets for Broadway and Off Broadway Shows