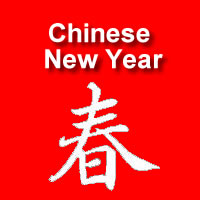 The 13th Annual Chinatown Lunar New Year’s Day Firecracker Ceremony and New Year Parade & Festival are two of New York City’s big Chinese cultural celebrations. January 23rd marks the first day of the 2012 Lunar New Year, which will be kicked off with 600,000 rounds of colorful firecrackers, which is a traditional Lunar New Year practice, believed to scare away evil spirits.

The day will feature a dozen Lion, Dragon and Unicorn dance troupes who will be marching down the main streets of Chinatown (Mott, Bowery, East Broadway, Bayard, Elizabeth, and Pell) to help ring in the New Year. A massive festival will be in the heart of Chinatown that will feature all-day performances by traditional and contemporary Asian and Asian-American signers and dancers, along with food vendors and promotional booths.

The Lunar New Year Parade & Festival, which will ring in the year of the dragon, will feature floats, marching bands, lion and dragon dancers, antique cars, beauty queens, Asian & Hispanic musical performers, magicians and acrobats, and local organizations. There will be approximately 6,000 people that will march in the Parade, which will span every major street in Chinatown.

Previous: Off-Broadway week 2-for-1 tickets Jan. 30 – Feb. 12
Next: The Harlem Globetrotters at MSG