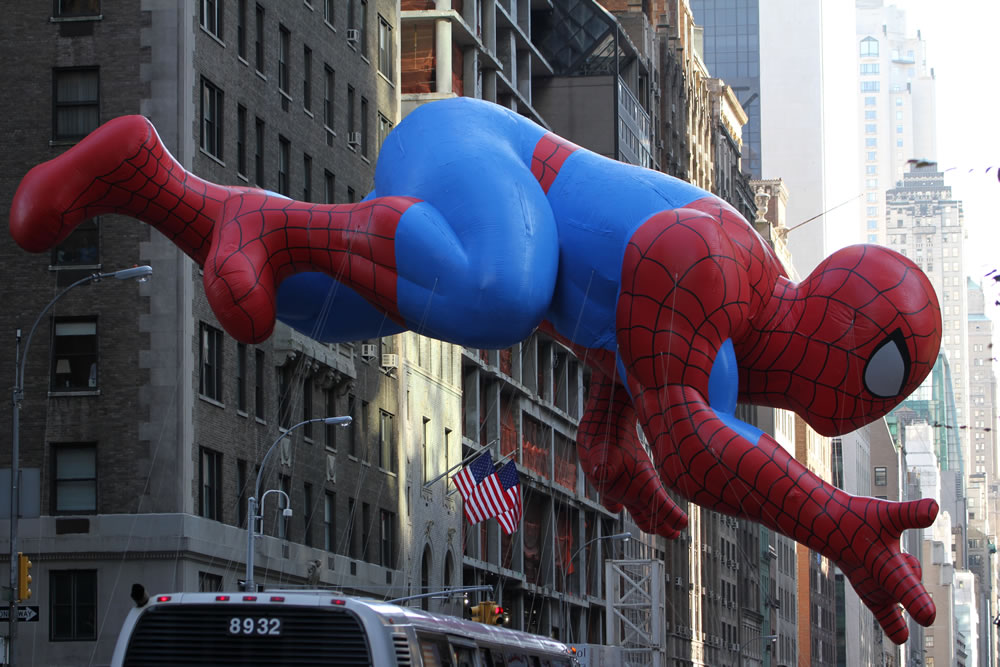 The 85th Macy’s Thanksgiving Parade was as spectacular as ever. On a brisk day in NYC, the giant balloons, floats and marching bands made their way down 77street to Macy’s Herald Square. The streets were lined with millions of viewers and if you were not out, at least a couple of hours before the 9am start of the parade, chances are, you probably did not have a front row view.

For those who may not have had a close up of the parade, there was plenty to see flying high above in the form of giant balloons.

Check out tons of photos from the 2011 Macy’s Thanksgiving Parade.

Previous: Photo’s from Mary J. Blige “My Life” Concert at Terminal 5
Next: Black Friday Sale of the Day – Apple