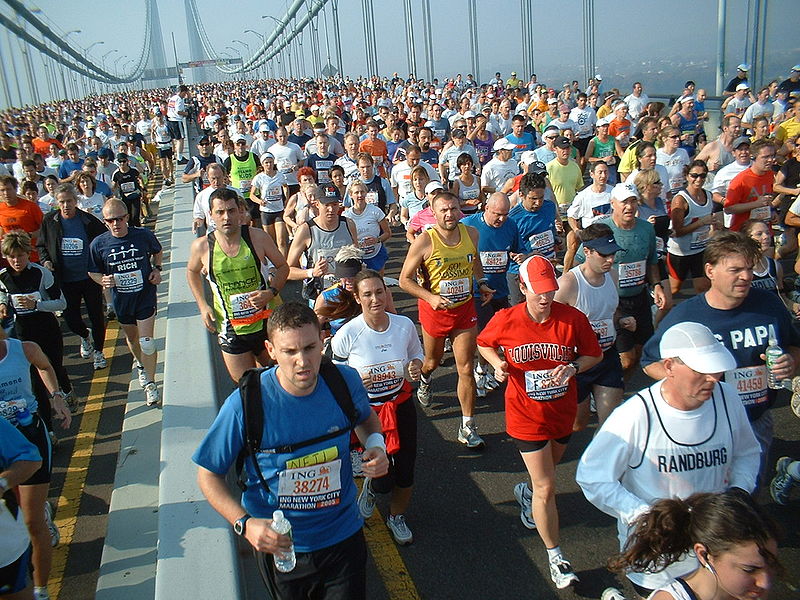 The New York City Marathon is one of the largest marathons in the world, that includes over 47,000 runners. Two million plus New Yorkers are expected to line the 26.219 mile course that passes through all five New York City boroughs, starting on Staten Island near the approach to the Verrazano-Narrows Bridge ending in Central Park in Manhattan. This years marathon will be run on November 2, 2014. The start times have yet to be announced.

If you would like to track your favorite runner during the marathon, one of the easy ways to do this is with the Mobile Spectator app. The New York Road Runners created the app that can be used on iPhones, iPads and Android smartphones so you dont have to miss a minute of the ING New York City Marathon excitement.

There will be plenty of things to do and enjoy during the race that includes live music. This year 130 bands on 16 entertainment stages from the start to the finish of the marathon will play for the runners and spectators. Music from R&B to hip-hop, alternative, gospel, rock, heavy metal and more, will complete the experience on the streets of NYC.

Every year, many celebrities take to the challenge of the ING New York City marathon to support their charities or for their own personal gratification of competing in such a grueling race. Some of the famous faces and celebrities running in past marathons include: Every Mother Counts founder Christy Turlington Burns, actor Patrick Wilson, restaurateur Joe Bastianich, Pamela Anderson and author Richard Blais.

The streets will be closed to traffic on the marathon route so the best way to get around during the marathon is on the subway. Check back later for an updated map for the marathon.