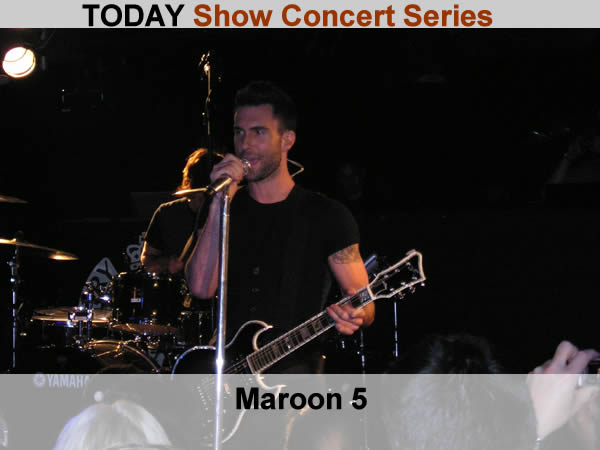 The TOYOTA Concert Series on TODAY has released their line up for the 2012 season. Some of the biggest names in music will return to the morning show concert stage that will include, Justin Bieber and Chris Brown.  Both of these super stars broke the record for attendances in previous TODAY concerts. The series will kick off on May 18th and will feature, Justin Biebers mentor, RnB singer Usher.

Rock bands Maroon 5 and Train will make their return on TODAY while newcomers, Hot Chelle Rae, make their first morning show concert appearance. Pitbull and Flo Rida are sure to get the crowd pumped at the Rock when they take the stage. NYC will get a good dose of Country music from Kenny Chesney, The Band Perry and The Zac Brown Band.

Viewing is on a first-come, first-served basis outside TODAY’s window-on-the-world studio, located at 49th Street and Rockefeller Plaza in New York City. Fans should arrive by 6 a.m. for best viewing. The concerts are FREE and open to the Public.

Good news for those who can’t make the morning show concerts! TODAY will be teaming up with Pandora to extend the concert series beyond the Plaza. Pandora, which has more than 125 million registered users, will create three music stations, NBC TODAY Rock, NBC TODAYCountry and NBC TODAY Pop, featuring each of the artists appearing in the TODAY concert series.

May 31: The TV shows “American Idol” winner and runner-up.