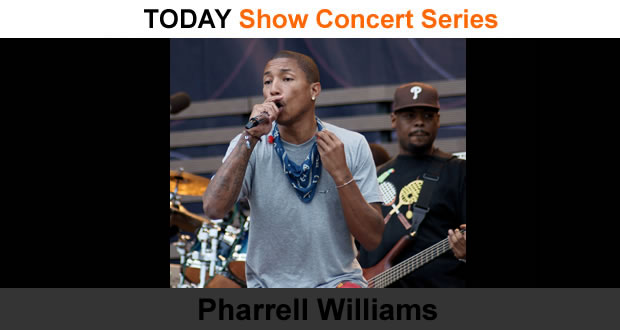 It wouldn’t be a New York City summer without being outside listening to some great live music. Every Friday morning, starting on May 16th, the Rockefeller Plaza will pack in crowds to see some of today’s biggest stars in the music industry. The 19th season of the annual NBC’s Today Show Toyota Concert Series will kick off with pop superstar, Mariah Carey. This years line up will include, Jennifer Hudson, Maroon 5, Usher, Rascal Flatts, Austin Mahone, and ‘Mr. Happy’ himself, Pharrell Williams. Stay up to date with whats going on and get social by tweeting each performance. Hastags are included below. They may add additional performances as the year goes on so bookmark us and check back for updates. The  Today Show concerts are free and take place outside at Rockefeller Plaza.