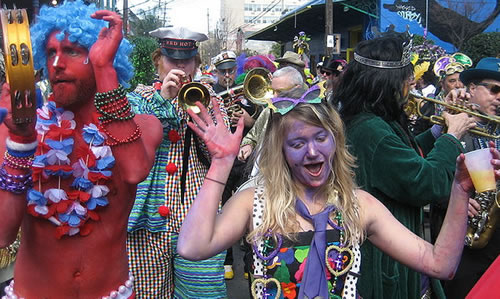 Mardi Gras also known as Fat Tuesday is tomorrow. The celebration of Mardi Gras, includes many events that take place on the last night of feasting before Lent begins on Ash Wednesday. There are plenty of places in New York City that will be hosting party’s for the big day so go get as many beads and have as you much fun as possible before it’s time to fast.

Southern Hospitality is owned by musician and actor Justin Timberlake. Fat Tuesday…The Biggest Mardi Gras party on the Upper East Side is Free of charge. There will be thousands of beads and cash prizes $3 Abita drafts and $6 frozen Hurricanes All Day! (FREE All Day!. 1460 Second Ave..; 212-249-1001.)

Previous: The History of Presidents Day – George Washington’s birthday
Next: Cool places to go on a date in New York City