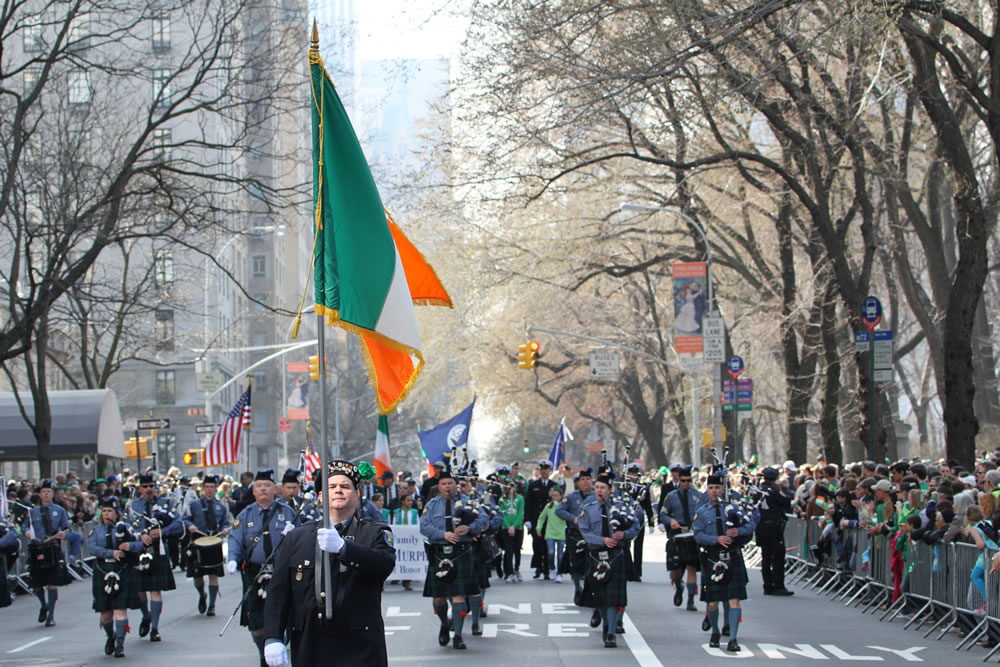 The luck of the Irish brought warm weather to New York City for the 251st St. Patrick’s Day Parade. The crowds were enthusiastic and cheered as many marching bands, Firemen, Policemen, Military and other service men and women marched up fifth avenue.

Mayor Michael Bloomberg, Senator Chuck Schumer, Police Commissioner Ray Kelly and the Grand Marshal Francis X. Comerford, were among the many participants who excited the thousands of on-lookers during yesterday’s parade.

The parade started at 11 a.m. on Fifth Avenue at 44th street, and unlike many reports that it would end on 86th street, it actually ended at 79th street causing all of those who gathered on the steps of the Metropolitan Museum to move.

The celebration of Irish culture was not only for the Irish, as many other nationalities also participated by wearing green and simply enjoying New York City.

There were many photo’s and video’s that were taken during the 2012 St Patrick’s Day Parade and we’ve got some of them here for you to enjoy! Check out some of the video’s on You Tube of the Cathedral High School Band, Royal Plougasell, New York City Police Band, and Bergen County Pipe and Drum.