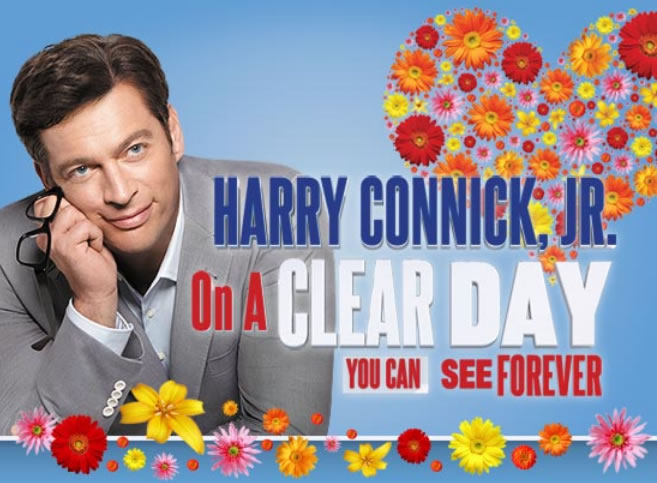 Harry Connick, Jr. back on Broadway

Three-time Grammy Award winner, two-time Emmy Award winner and Tony Award nominee Harry Connick, Jr. stars in Broadway’s new romantic musical, On A Clear Day You Can See Forever. In the musical Connick, Jr. plays Dr. Mark Bruckner, a down-to-earth psychiatrist who finds himself suddenly swept off his feet by a beautiful woman – and swept into a world he never dreamed possible. Hopelessly and helplessly head over heels, the dashing doctor must find a way to make the love of a lifetime last forever.

The musical by Burton Lane and Alan Jay is directed by Tony Award winner Michael Mayer and written by Peter Parnell. This new story on Broadway has a beautiful score that includes songs like, Come Back To Me, Too Late Now and, of course, On A Clear Day You Can See Forever, all performed by a full 19-piece orchestra.

This new musical makes it debut Broadway on November 12th. Tickets are on sale now.