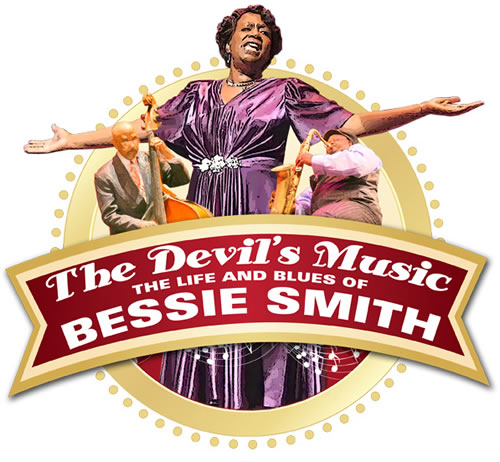 One of the the most acclaimed musicals of the season, is the story of the blues legend Bessie Smith. The sexy and racy blues singer sometimes referred to as, ”The Empress of the Blues’, was regarded as one of the best blues singers of her era. The life and story of Bessie Smith has taken center stage in the off-broadway musical,The Devils Music – The Life and Blues of Bessie Smith.

The part of Bessie is played by Miche Braden, whose contribution to the musical is paramount as she has also been credited with the musical direction and arrangement. Braden commands the stage and takes you through a powerful soulful walk in her quest to bring Bessie and her music to life.

The story moves through the highs and lows of Smith’s life, as she reminisces with her band at a “buffet flat,” a private, blacks-only club, in Memphis, Tenn., in October 1937. The intimate set by Michael Schweikardt and Braden’s casual interactions with the audience, enhance the feeling that Smith is performing for fellow guests at the club.

Some of the songs that made Smith so unforgettable are, ‘St. Louis Blues,’ ‘Need a Little Sugar in my Bowl’ and ‘Nobody Knows You When You’re Down and Out.’

The band for the musical includes, Jim Hankins as bass-player Pickle, Keith Loftis on saxophone, and Aaron Graves on piano.

The production was directed by Joe Brancato and written by Angelo Parra.