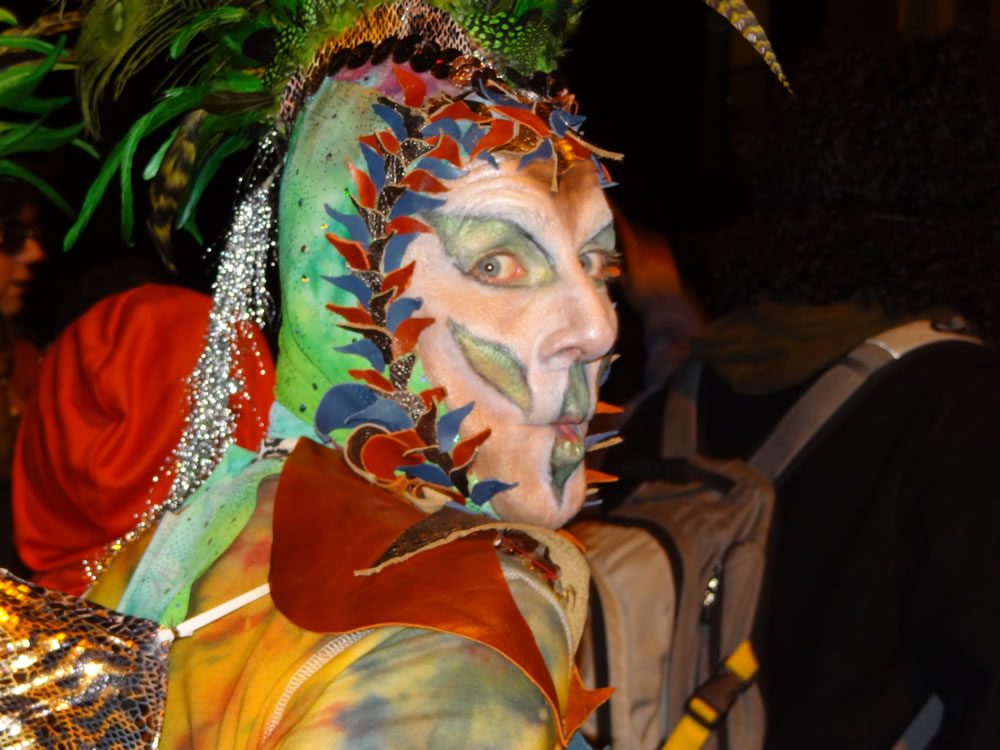 This years Halloween parade was exciting as always as tens of thousands of the city’s most creative, original, scary, and political costumed participants took to the streets in the 39th Annual Village Halloween Parade. Some of the costumes that were seen included, sexy cop outfits, the walking dead, hot bar maids, crazy clowns, super heroes, political figures and reality TV stars.

Of the celebrities that took part in the parade, MTV reality star DJ Pauly D played some tunes as he road on the Pacha float.

Some people traveled from around the world to take part in the event that is the biggest Halloween parade in the US.

There were many photo’s and video’s that were taken during the parade and we’ve got some of them here for you to enjoy! Check out some of the video’s on You Tube and Flickr for more coverage of the 2011 Village Halloween Parade in NYC.

The Occupy Wall Street protesters even took part and jumped at the opportunity to help spread their message.

No arrests resulted at the parade.