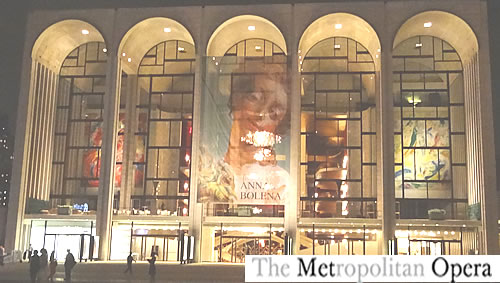 The Metropolitan Opera (The Met) is home for some of the most creative and talented artists, including singers, conductors, composers, orchestra musicians, stage directors, designers, visual artists, choreographers, and dancers from around the world.

On September 18th at 7pm, the legendary Tony Bennett will be performing. Mr.Bennett who has been known for his duets with musicians like KD Lang, Queen Latifah and The Red Hot Chili Peppers, just released his video of a duet with Amy Winehouse to honor her 28th birthday which would have been on September 14.

“I’ve been practicing my whole life to perform on the stage of the Metropolitan Opera House. It’s a dream come true.” – Tony Bennett

Each year, The Met put’s on over 27 different opera’s that run from September through May. All opera’s at The Met are performed in Italian and are translated in, English, German and Spanish. The translations are run on individual screens mounted on the back of each row of seats.

Each Monday through Thursday, two hundred orchestra seats are available for $20 and on weekends $25 but, this excludes galas and opening nights of new productions.

The Met now presents free, live streaming performances from its website once a week.

Previous: Rock of Ages 2-for-1 Tickets on Broadway
Next: The High Line Public Park