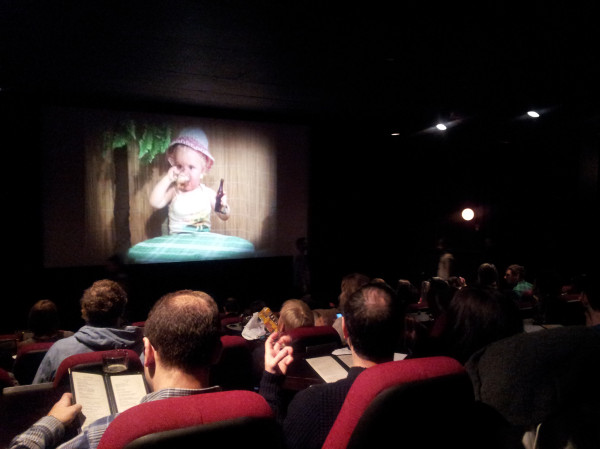 Alcoholic Beverages Are Now Being Served in Brooklyn Cinema

The Nitehawk Cinema in Brooklyn became the first New York City movie theater to serve alcohol inside the actual theater.  The cinema, which shows mainstream and independent films has two bars and a full-service restaurant with a menu created by Michelin star chef, Saul Bolton.

The Big Time City staff had the pleasure of being the first patron’s to enter the theater on this epic night with Johhny Depp on screen playing, American journalist Paul Kemp in the movie Rum Diary. Liquor and Hunter S. Thompson stories seem to be a good match as his  lifelong use of alcohol shaped many of his characters.

The Nitehawk Cinema Owner Matt Viragh said a year of lobbying and back and forth with the state finally allowed him to extend his liquor license beyond the bars and in to the theater.