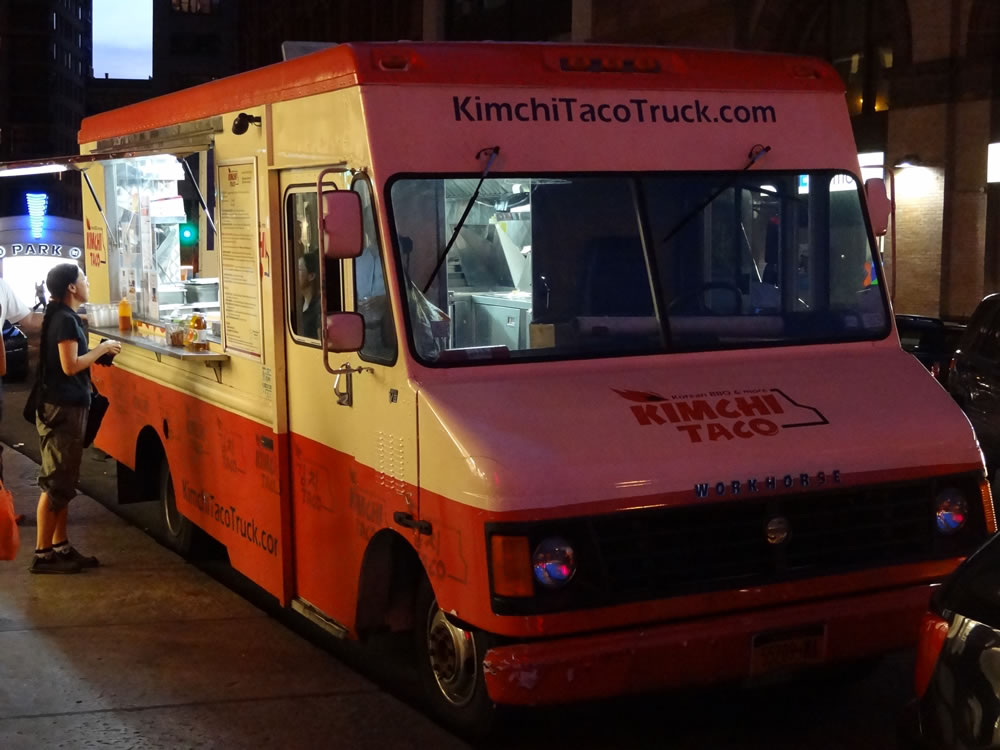 Every third Sunday from April to October in Brooklyn’s Prospect Park, over a dozen of the top New York City food truck vendors will set up to feed hungry customers. Head over to Grand Army Plaza for the opportunity to try some of the popular eateries that include, Red Hook Lobster Pound, Kimchi Taco,Coolhaus, and the Rickshaw Dumpling Truck.

If you’ve ever wanted to try all of the food that you see driving around the streets of NYC, here’s your chance.  The mobile restaurants will be parked next to Prospect Park and the Brooklyn Public Library.