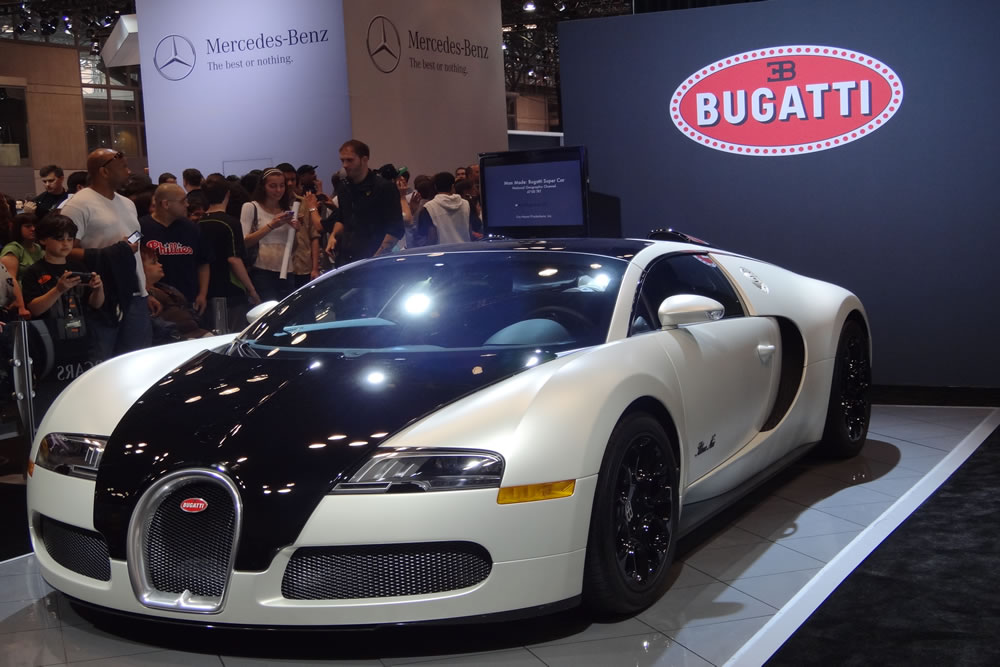 The New York International Auto Show was a great opportunity to see some of the best automobiles in the world under one roof. The show featured top luxury cars from auto makers that include, Ferrari, Bugatti, Porsche, Rolls Royce, Lotus, Lomborghini, BMW, McClaren, Mercedes and more… There were concepts cars and many electric cars that gave us a glimpse into what we can expect in the future .

The Terrafugia, which is a car that can also fly, drew a big crowd at the Javits Center. The Mini Cooper Yachtman was a different take on the classic Mini, as this car had the ability to transition into a boat fit for the sea. Jeep had an outdoor demo area where they were able to show off the mobility of their vehicles by taking people for ride’s in their vehicles over extremely steep terrain.

The DUB Show Tour was bangin’! They had a fleet of customized cars, trucks and motorcycles that were all tricked out. The music was pumping through  some of the cars that were outfitted with speakers and amplifiers that could compete with the sounds that you would expect from a nightclub. There were DJ’s spinning, UFC’s fighters and Celebrities enjoying what we all came to see, which was awesome cars of the world.

There was something for everyone’s at the New York International Auto Show and we can hardly for the it to come back to the city.