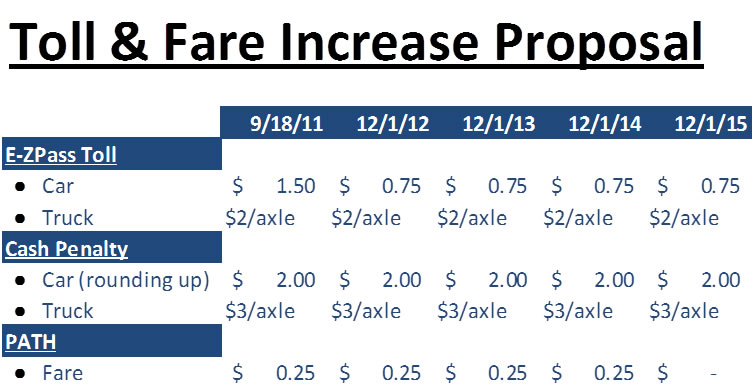 American Automobile Association (AAA) sues Port Authority of New York and New Jersey over toll increases which recently went into effect at New York City bridges. An appropriate complaint has been filed on Tuesday (27th of September 2011) with federal court in Manhattan.

The toll hikes that began on September 18 would breach a federal law that requiring interstate tolls to be set at “just and reasonable” rates. It affects commuters using the Lincoln and Holland tunnels, the George Washington, Bayonne and Goethals bridges, as well as the Outerbridge Crossing.

Port Authority replied by saying the complaint would be “without merit.”

The lawsuit alleges that commuters are footing the bill for the rebuilding of the World Trade Center site, according to AAA’s statement. “The Authority is attempting to burden commuters and travelers with public expenditures that are in no way related to transportation,” Genovese said in the statement.

PATH fares will also increase by $1 at a rate of 25 cents per year for four years taking effect every December. Trucks also face an increase.