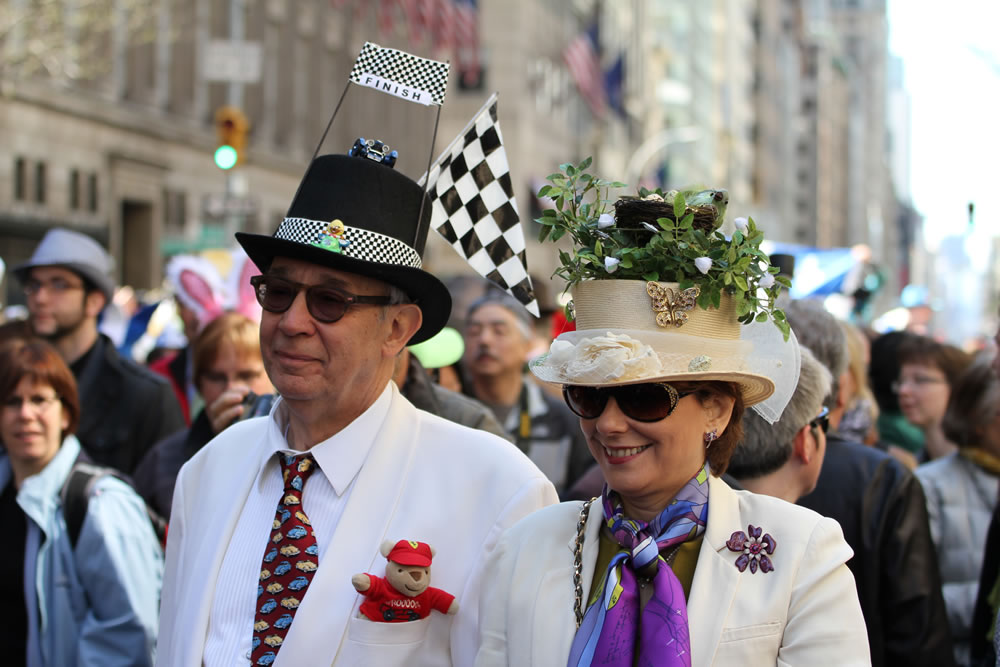 The Easter Parade and Easter Bonnet Festival took place on April 8. This annual New York City tradition goes back to the mid-1800’s when the social elite would parade their new fashions down Fifth Avenue after attending Easter services in one of the Fifth Avenue churches. Unlike most parade’s in the city, this one is unorganized and it suits it very well. There were no barricades that stopped the crowd from getting into the action with all of the participants. Those who like to be seen where seen and it was a lot of fun for all.

The participants that arrived at the festival with their decorated bonnets, graciously posed while hundreds of onlookers grabbed their camera’s to snap a pic. Some people also brought their pets that were also well dressed for the occasion.