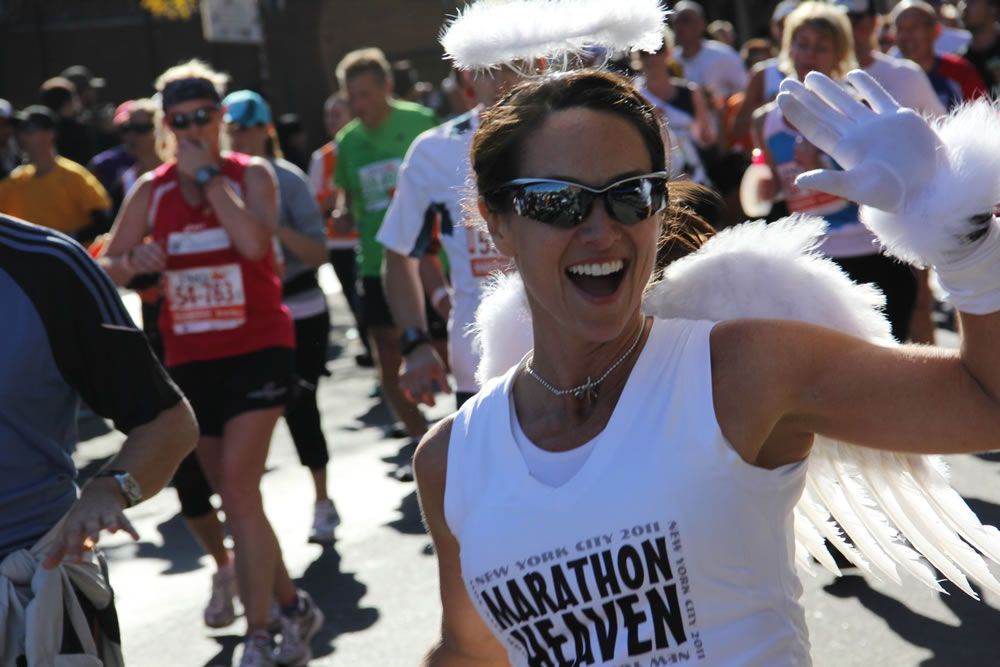 The 42nd running of the ING New York City Marathon was held today. There was over 47,000 people in the race that took to the streets to accomplish what probably would mark an epic moment in each one of their lives. Every runner had their own reason for taking on the challenge of the New York City marathon and all appeared to be very proud of it.

You had the pro athletes who were running to win and to have the title of the New York City Marathon winner under their belt, and then you had others that ran for charity and in support of loved ones. There was even a couple that got married while running. For whatever the reasons were, the race was truly inspiring to watch and each runner that took part in the marathon can be proud, for attempting such a feat.

Big Time City was at mile 11 in Williamsburg Brooklyn and took hundreds of photo’s and video. Check out some of the video’s on You Tube and Flickr for more coverage of the 2011 New York City Marathon.

Tagged with: For Charity Marathon Sports

Previous: “Taste” New York – An Event For Foodies
Next: The Holiday Shops at Bryant Park